The Ground Was Our Very Own Writing Board

I have had good fortune and a bit of serendipity in my Montessori career, from listening to the legendary Elizabeth Caspari lecture to working for the most amazing trainers and directors who, though not famous or even well-known, definitely qualify as “legendary” by the exemplary way they have lived and implemented Montessori.

Some of these legends surprised me. Some shocked me. Some set me aflame – personally and professionally – for which I will always be grateful. Lakshmi Kripalani has done all three!

Lakshmi accepted her achievement award with a selfless and poetic speech that inspired all of us to approach our work with one truth as our primary focus: follow the child. Later, when attendees came to the table for an autographed edition of Kripalani’s new book Montessori In Practice, many were frankly awe-struck. Whether they had followed Kripalani for years or were first introduced to her work that very day, the warmth and gratitude with which they approached her showed that everyone had been powerfully affected.

Choosing one article to represent a lifetime was challenging. Kripalani’s Public School Montessorian articles were often controversial and she has never been afraid to push the boundaries of our comfort zones. I have agreed and disagreed; either way, her articles always made me think. I’m a better teacher for having read them.

The Ground Was Our Writing Board is a longer article than we would normally print in our newsletter. Please bear with us – this excerpted “story” is so typical of all that Lakshmi has to offer: frankness, intellect, authenticity, a unique charm, perspective, and an ability to illuminate our history in such a way that we are improved by her recollections. Enjoy!

—Kelly Griffith Mannion, M. Ed. Kelly’s credentials include a Montessori Primary and a Lower Elementary Credential, as well as a Master’s of Education in Early Childhood, Montessori Education. Kelly has worn many Montessori hats, acting at various times as a teacher, administrator, teacher-trainer, and board member. Her current passion is a public Montessori Elementary Charter School in Petaluma, CA.

The Ground Was Our Writing Board

During the partition of India in 1947, I lost everything. Months before, I had been studying with Maria Montessori. Now I was a refugee from West Pakistan, arriving at the Pawai refugee camp, Bombay. I arrived at midnight. There were no lights. I jumped from the truck and sprained my foot. It became so swollen that I could not even step out of the tent.

After a week, early in the morning, I limped along to view my world of independence. I walked to the shelter where milk was being distributed to the children. It appeared to be a massacre of children rather than the distribution of milk. No male refugees were in sight, merely women with one child on the shoulder, one child on the hip, and one in the hand. The children were screaming, mothers were trying to snatch a glass or two of milk. Half of the milk was dropped in the struggle to get the glass. The children were being pushed and pulled. Some were falling down. Their piercing cries were unbearable.

Meals were provided from the common kitchen. At lunchtime, I noticed children stealing chapaties (Indian bread) from the kitchen with the help of adults and selling them to the invalids or others. Other children were fighting, hitting, and hurting each other. There was nothing purposeful for them to do. Parents were so disillusioned that they apparently had given up on what was happening to their children. I felt it was the worst exploitation – of the children of a nation that had just won its freedom.

I walked to the camp commandant’s office and demanded that before anything else could be done, we must immediately have a school for children. I felt that this was precious time in the children’s lives and that it had to be protected at any cost. The camp commandant’s retort was predictable. “We do not have sufficient funds for food and medicine, and you want a school!”

I had an answer for him. “I do not need funds. What I need is your permission to gather the children under the shed, where sepoys take shelter from the heat of the sun, and a loudspeaker to reach all the parents and children in the camp.” He had a good laugh. To him it was a joke. He handed the loudspeaker to me and said, “If you can run the school merely with a loudspeaker, you can have it.”

I took the loudspeaker and went under the shed that was full of stones. It was a very hot afternoon. I invited all the children and anyone else who wanted to help. The only hope I could give them at the moment were these words: “We have won our freedom. Let us learn to protect it.”

Within an hour, 150 children of all ages and approximately 30 adults gathered, excited to know that we could have a school. I suggested that if we could move the stones from under the shed that very day, we would have school early the next morning. Those willing and enthusiastic 360-odd hands performed a miracle in the heat of the sun. By evening, they had carried all the stones to the nearby trees, and we had level ground ready for classes to be conducted.

In the evening, I gathered wheat flour and turmeric powder (yellow curry powder) from the common kitchen. With the help of a couple of volunteers, we divided the area into ten sections with this white and yellow flour. I got only four volunteers for the school. I instructed them on how we were going to function. Each one of us took two classes as our responsibility. We gathered branches, buds, half-open buds, and flowers that were available in the natural surroundings.

The ground was our writing board. The large branches were our writing instruments. After writing with branches, we covered the lines with yellow or white powder. Maps and charts were drawn in the same way. For mathematics, we used buds as units, small branches as tens, half-open buds as hundreds, and flowers were our thousands. We used pebbles, stones, whatever we could lay our hands on, for our demonstrations or illustrating purposes. I had brought a suitcase containing textbooks for reference and collections of various pictures from my school in Pakistan.

Older children helped younger ones. We helped the older ones keep up with their work. We took advantage of our precious knowledge in different areas and improvised our lesson plans. We gathered information from the visitors who came to see the plight of the refugees. We got the newspapers from the camp office. The news was released on the loudspeakers at different times, and we made arrangements to get it for the children in the morning.

Everything was not all rosy. A lot more was desired, but it was a real school-without-walls where more learning took place than in a regular school. The children were not inhibited. They got information from all sources.

We had worked for barely 10 to 12 weeks when we had the privilege of Lady Mountbatten’s visit. She was so fascinated with the beauty of the environment decorated with natural flowers, etc., and the enthusiasm of the children, combined with their display of dance and music, that she said, “I wish I were a child to have the honor of being a part of this privileged and delightful group.”

The conditions, obviously, were not ideal. Given a choice, no one would operate a school under such limitations. But the match was right for the time, the place, and the condition in which this little group prospered and flourished. And more importantly, the experience showed that the basics of the Montessori method work, even in a refugee camp without the technical Montessori materials.

The race to introduce Montessori in public schools has left some teachers concerned about the shortage of materials they would like. We hear discussions of budgetary limitations and, often, that difficult question: Which Montessori materials must a school have and which can be put on a “wish list” for future years? That may be the wrong question.

The Montessori teacher put in charge of these imperfect situations cannot be trained in a quick-fix fashion. Right tools in the hands of an untrained and/or inexperienced person can do more harm than the wrong tools in the hands of a trained and/or experienced individual. Prior to accepting responsibility for handling critical situations, the teacher must acquire sufficient confidence through experience. This problem can be handled if the school provides Montessori-trained and experienced principals or supervisors in the building to help inexperienced teachers.

In most private schools, teachers are isolated. Little help is available. In public schools, few principals or supervisors have Montessori expertise. Few districts have seen the necessity of having a consultant who is regularly or at least frequently available to the Montessori staff. Without training and expert support, the approach to selecting and using Montessori materials can lead to serious problems. Well-trained Montessori teachers utilize the material as a means and not as an end in itself.

The Montessori material is a means of helping the children in their growth and development, physically, psychologically, socially, and intellectually. It helps to lay the foundation of the basic development of the personality of the individual. If a material is not appropriate for the child, it fails to serve any purpose. In some instances, its misuse turns out to be merely busy-work that leads to lack of motivation and even, finally, closing of the mind to function.

Certain pieces of material have to precede other materials. Certain gaps, like dropped stitches in a knitted pattern, take away the sophistication and beauty of the pattern. A trained and experienced teacher brings in her expertise to overcome the imbalances by the use of makeshift activities, keeping in mind the fundamental principles of the Montessori system. Children are introduced to the experience of built-in control of error from the start.

An integral part of Montessori teacher-training is to equip teachers with the ability to analyze the conditions in which they are working and provide the Montessori environment that supersedes the quantity of Montessori material and its mechanical use. In essence, Dr. Montessori said, “When you are confronted with a problem, do not point the finger at me. Look at the child with an eye that observes, and a mind that analyzes and synthesizes, and then meet the needs of children, to help them develop their full potentialities.” 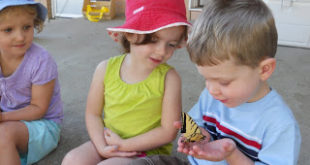 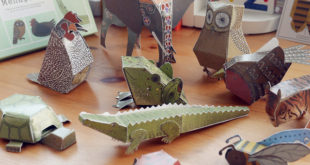 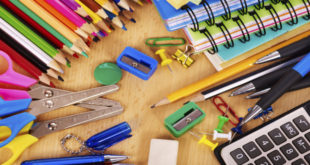