Summer Fun in Your Backyard 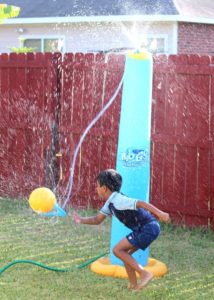 For young children, every bush is a forest, every rivulet a waterway, and every unfamiliar adult environment a trip to the moon! This year, consider skipping the exotic locale and long travel time. Your family can find plenty of summer fun right in the neighborhood. Even the most mundane locations offer fascinating treasures to uncover – a farmers market, an engineering marvel, even your humble neighborhood pet store!

Involve children in planning your mini-vacation. Use some creativity to transform simple ideas into real adventures. Is a trip to the ice cream store requested? Check the phone book to see if an ice-cream factory (or a dairy) is close by… Call a locally-owned ice cream parlor and ask for a behind-the-counter tour… Check local community education schedules for an ice cream making workshop for children… Find many more ideas for whole-family field trips in 101 Places You Gotta See Before You’re 12!

#52 A Literary Location: Mark Twain’s famous character Tom Sawyer once said “There ain’t anything that is so interesting to look at as a place that a book has talked about.” Bad grammar aside, Tom has a point. Seeing a literary location up close is really cool. Do you love the Little House books by Laura Ingalls Wilder? Visit the real little houses (Laura moved a lot!) How about From The Mixed Up Files of Mrs. Basil E. Frankweiler? Visit the museum where Claudia and her brother lived. Find out about the lives of famous writers, ones you know and others you might not know yet. And when you go home, sit down and write about it!

#74 An Unusual Animal Farm: Bison, emus, ostriches, llamas, and alpacas: Old McDonald never had these on his farm. However, some farmers do, and it’s fun to see them. There’s really nothing like the sight of hundreds of enormous woolly bison grazing on a hill together or the sound of a peacock mating call (it’s way louder than you would think!) And who can resist the sight of a friendly, fluffy llama? Unlike at a zoo, you get to observe the animals up close at an animal farm. Rules permitting, you may even get to interact with them and find out the answer to that eternal question: Do llamas really spit?

#92 A Famous Road: Roads are sometimes called arteries because they lead to the heart of a city. And like real arteries, some roads seem to have a pulse – they have their own special energy and make a city feel alive. What would Paris be without the Champs-Elysees? Or Barcelona without the Ramblas? Some day you’ll get to those famous streets, but in the meantime, check out some legendary roads closer to home. Some are best experienced on foot, others by car. But you’re guaranteed to see something interesting. There’s a famous road in every town–have you been to one in yours?

Take a peek at what goes on at the animal rescue center, experience another culture’s cuisine at an ethnic restaurant, dive into nature at a wildlife preserve, or get the inside scoop on what really happens behind the deli counter! This “untravel” guidebook invites children to embark on exhilarating adventures that open their eyes to things they’ve never imagined before. It’s a field trip, a family vacation, and an eye-opening exercise in appreciating your own backyard all rolled into one!

There’s no need to go far or plan a big, expensive vacation to see these places – many are quite close to home. The ideas are just general enough to provide a gentle push in the right direction, while allowing young dreamers to use their imagination to fill in the specifics. Snappy graphics and engaging text build excitement and point out what makes each site special (see the reprinted activities above). Peppered with fun facts, it includes a 20-page list of little-known sites, more than 250 color photos, a bonus fold-out map of North America and 150 stickers.

Create a Travel Kit with Montessori in Mind 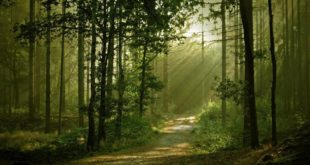 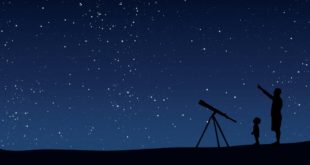 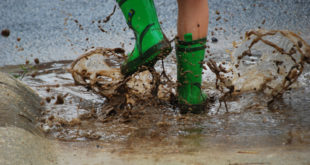 Puddle-Stomping: Not Just for Summer Any More

From A. A. Milne’s immortalization of “Poohsticks” to the popularity of today’s urban water slides, …