The Sandpaper Letters are one of Maria Montessori’s most brilliant materials. Tracing the letters gives children the foundation for beautiful penmanship. Working with the Sandpaper Letters, children learn how the sounds they hear are written. Montessori emphasized that writing comes first, then reading. Later, by blending these sounds together, children begin to read phonetic words without laborious effort. This method, which engages three senses — visual, auditory, and tactile — contrasts sharply with the traditional approach of looking at letters to memorize them.

An environment rich in spoken language and listening games is vital for preparing the ear so children can distinguish the different sounds that make up words. Children will be ready to work with the Sandpaper Letters once they can isolate the beginning sounds of words and have the finger control for tracing.

Playing the “I Spy” game is essential: “I spy with my little eye something that begins with v.” Next, move on to ending sounds: “I spy… something that starts with p and ends with n…Yes, pen.” Later, play “I Spy” with middle sounds.

Sensorial and Practical Life activities (such as pouring, polishing, and transferring) build hand-eye coordination and prepare the index and middle fingers for the gentle tracing of the Sandpaper Letters. Working with the geometric cabinet, children learn to distinguish shapes and also develop their pincer grip as they grasp the knobs of each piece.

Some teachers include an activity to clean and sensitize the fingertips before tracing the letters. This helps introduce children to the beauty and uniqueness of the material.

The Sandpaper Letters are a unique Montessori material that teachers must carefully present and guide children to master. With other materials, it’s fine for children to explore and make “mistakes.” However, if Sandpaper Letters are incorrectly traced over and over, the muscle memory becomes difficult to correct. It is crucial, therefore, to help children learn the correct tracing of each letter.

When the child traces a letter incorrectly, don’t indicate it was a mistake. Rather, you can simply ask, “May I have another turn?” Re-present the letter with special emphasis on what needs attention. You might say, “Watch where I start,” and dramatically place your fingers where the tracing begins.

As with all Montessori materials, the Sandpaper Letters are enormously appealing. Still, there may be times when more practice is needed. You can entice children by expanding the second period of the Three Period Lesson into a game:

Have you considered presenting the phonogram Sandpaper Letters (th, sh, oo, etc.) simultaneously with the consonants and vowels? Some master teachers experience children having no difficulty learning the green phonograms alongside the blue and pink Sandpaper Letters.

English is only a partially phonetic language. We have five vowels, but at least 19 vowel sounds. The letter a has four sounds and o has ten distinct sounds. Presenting short vowel sounds first helps children have early success reading phonetic three-letter words. It is so easy to mispronounce short vowel sounds and confuse children. As a student teacher, I carried a list in my pocket to practice the short vowel sounds whenever I had a spare moment (a — ant, e — egg, i —it, o — on, u — up).

Be sensitive to the way English is spoken in your region, and pick language objects and words that make the correct short vowel sound for your children. When a Spanish-speaking child told me that the Sandpaper Letter i was pronounced ee, I acknowledged, “Yes, in Spanish that’s correct. Would you like to hear this letter’s sound in English?”

Share
Previous Poetry for Children
Next Cursive Handwriting: How Important Is It? 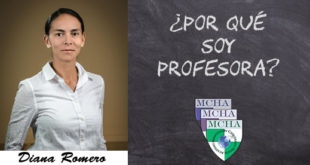 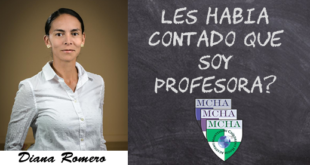 There are so many opportunities for teachers to optimize oral language in the Montessori classroom. …